A Morning in an Oxnard Hotel 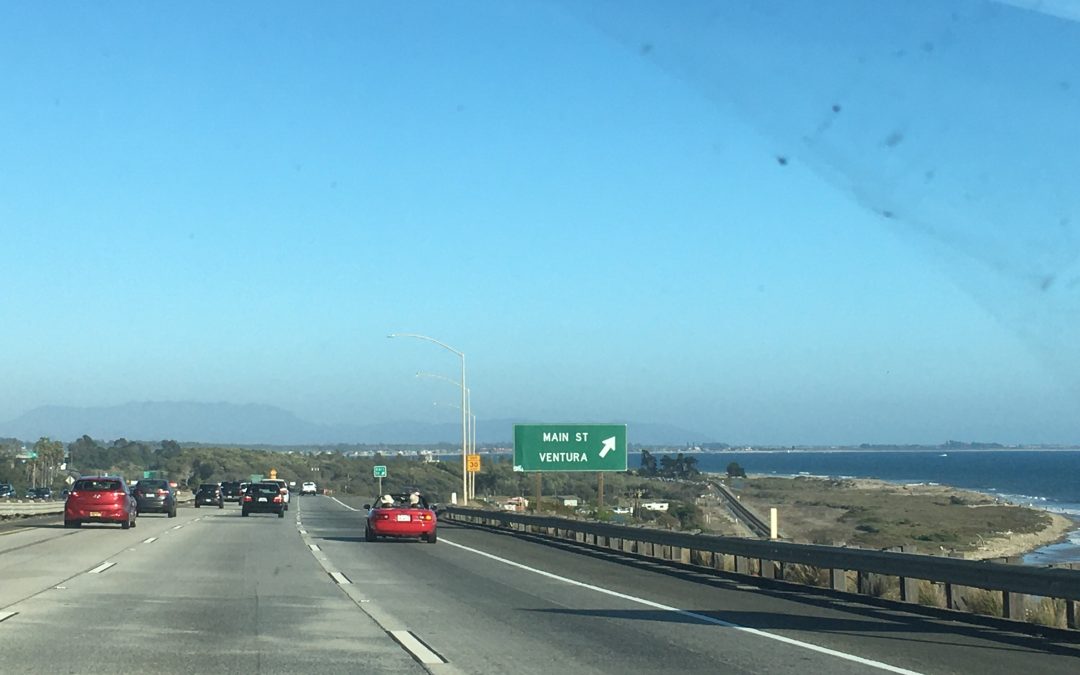 I stepped on the grass into the open golf course. The silver morning mist under my Converse’s darkened part of its cloth with every step I took and I felt that coolness brushing my socks. The big birds appearing and disappearing in between and their singing resonating in the silence of a clear and steady morning. I took a deep breath and inhaled the fresh and clean air without any problems yet. A clean slate. Suddenly, I was a small kid remembering all those two-day school camping trips. I was always the first one to wake up and wonder around under the protective watch of the poor gym teachers that were already awake slowly making breakfast for the starving little monsters that would start waking up any minute wondering how I didn’t enjoy sleeping more. I was always a morning person. A sunrise person. I tighten my jacket around me.

I entered the room and the first thing that hit me was the powerful and strong smell of coffee. But it wasn’t the usual coffee smell you get when you enter a coffee shop and think, ‘I made a great decision coming in and order my so needed coffee.’ No, it was the smell of cheap and plain black coffee made in huge quantities, like during a big important congress where only people wearing fine and expensive suits attended. But this particular deep black coffee didn’t smell of rushed needed caffeine to make it through the next lecture. No, this particular coffee smelled of hope, a great adventure ahead, desperation to wander and much needed caffeine for new discoveries. I grabbed a plastic cup and poured myself the fist cup of the morning. The heat of the of dark liquid trespassed the protective plastic reaching my hand starting to warm my body generating this anxious need to drink it in a single shot.

Not only being a caffeine addict but also a sugar addict, I moved down the long breakfast food table disappointed to find out that the only sweet breakfast available was waffles and granola. Funny enough, I don’t have breakfast. I haven’t since I was seventeen. The only breakfast I have is coffee. But there’s something about continental hotel breakfast that invites anyone, breakfast fan or not, to serve yourself a plate of something or a bit of everything, especially the cheap ones even if the food seems to have no taste. It’s like Christmas morning or Thanksgiving dinner when one isn’t hungry, but you still have it because the food is calling you or it’s the festive mood that gets to you. I wasn’t going to have any waffles. In fact, I already had my granola milk bowl in one hand and my so needed coffee hand in the other when my auntie turned to me with her waffle plate and told me she was going for some sausage. I looked down at her plate and the yellow hot waffle was calling my name. I could hear it. Oh what the hell… I put the granola bowl and the coffee cup down, grabbed a plate and made myself a waffle. When it was perfectly golden turning a bit to the brownish side, I put the delicious waffle on my plate and moved forward to the toppings. I topped it with chocolate chips covering almost every inch and then poured maple syrup on it. Immediately, the chocolate chips spread over the waffle covering the entire waffle and colliding with each other as the heat dissolve them.

I sat down next to my auntie and she looked at my breakfast.

I was in such of desperation of caffeine intake that all I could do was smile as I grabbed my cup. The hot coffee entered my mouth and went down my throat and continued down. The heat and caffeine stretched into every inch of my body not leaving a single inch untouched. My body was wakening up again. Fully this time.

I cut the first slice of waffle and the chocolate alongside the maple syrup scattered down the cliff creating an ocean of deliciousness on the plate moistening the base of the waffle as well. The sugar had an immediate effect on me. It lifted me up and brought a warmth to my body that’s different from the caffeine. The caffeine just warmed my body in a physical way, but the sugar warmed me up as in a ‘I’m home’ feeling. It warmed me in a way I’m five-years-old again, but this time I’m in my grandmother’s dinning room. It’s six am – it’s still dark outside – and my grandmother is putting down on the table the fresh-out-of-the-oven scones she made specially for my sister and me. The heat of the scones together with the heat of our hot chocolates and my grandmother’s coffee warm up the dinning room slowly warming up the cool homemade strawberry and peach jam waiting to be spread on the scones. Or the ‘I’m home’ feeling when I’m still a kid and still in my grandmother’s but this time it’s five pm, I’m impatiently cooling down my very hot cup of tea which I anxiously want to drink and my grandmother is putting down what we call the “Traditional Cake” which is a secret family chocolate recipe – a so-moist chocolate cake you end up licking the chocolate sticked to your fingers topped with a thick icing sugar layer that somehow, the first sugar thin layer melts into it creating a rich and even sweeter chocolate flavor.

I was halfway through my waffle and granola bowl when I realized I finished my coffee and I definitely needed another one. One cup of coffee was never enough. The feeling mixed with the sound and smell of the cup in my hand being filled with hot and cheap coffee calmed me down. What was it about plain dark cheap coffee that calmed my nerves even when I was anxious to take it all in? It felt the opposite from the perfect-luxurious-barista-served coffee I relate to sit-and-relax-with-a-friend afternoon coffee. No, this coffee is ‘I need a caffeine shot’ or ‘I need to get ready for my day.’

When I sat down again next to my auntie satisfied with my full second cup of coffee, a tall big-build man sat across us and commented how busy it was as he looked around the room. It was – people were scattering all over and all the free spots on the big community tables were being filled quickly – but yet again, there was a conference going on but I didn’t know what about. Apparently, this hotel was famous for holding medium conferences since it wasn’t that big or fancy of a hotel. The big man introduced himself as John as he stretched his big hand to my auntie. She shook it and said her name and it was my turn. I shook John’s big, no, big didn’t cover it then, massive and strong but gentle hand and told him my name. He smiled and proceed to ask us where we’re headed. My auntie who loves to talk jumped in right away, but I wasn’t listening any more. With my breakfast long forgotten, I couldn’t stop staring at John’s hands. There was something about them I couldn’t keep my eyes off them. They were large, tender and soft; opposite to the huge, tough and dominant – not to mention sexy as hell – Manu Bennett’s hands I shook a couple of years ago back in Comic-Con clearly showing off his manly workout. John’s nails were short and dirty. His entire hands were dirty, but not the kind of dirty that made you feel he’s filthy, but the kind that showed years of hard work and accumulated dirt that was now hard to get rid of. The dirt was mainly under his short nails were it was growing its own roots proving that it wasn’t going anywhere, but it also stretched through his palmar flexion creases as if it was part of his hand, a part of him. They were speaking hands. Hands with history. History that needed to be told and listened to attentively for hours. They were adventure hands.

John explained he was on his way to San Diego from Seattle where he lived even though he didn’t spend much time there. He’s a fisherman. A professional one. Like the ones in those Discovery Channel documentaries. He even owned a bunch of fishing boats and he was on his way to San Diego in order to sell one. The business wasn’t doing so well in the last couple of years. He took out his phone and showed us a video he took while working.

The video was literally what one sees on Discovery Channel. A powerful and dark storm winning the battle against the insignificant tiny boat rocking it one side to the other, but the boat wouldn’t give in. And neither were the fishermen. The small crew composed, from who appeared on screen, by four men who weren’t unrecognizable through the heavy rain.
My attention scattered between the video, paying attention to what he was saying and his hands. What was it about them that my eyes were constantly drawn to them?

Before I knew it, we were back on the 101 and I couldn’t stop thinking about John’s hands. Those raw but gentle hands. Hands that had history and nature as well as human machinery. Were those massive hands still gentle on John’s wife naked back? They didn’t have long nails to claw enough skin. I shook my head bringing me back to reality and took a sip of my cheap plastic coffee cup which was not hot enough but still drinkable.

It was 9:15 am and the sun shined through the protective mountains reflecting on the wide highway. I put my Ray Bans on and the light became bearable to my eyes. Even though it wasn’t that early and the sunlight was bright, not the usual gloomy L.A. sunlight we get at the city, it still had an early morning feeling – one that resembled too early, bright and sleepy roadtrips anxious to get to the next destination. But I wasn’t anxious about getting home. I wanted the adventure to go on and on.

I turned on the music, leaned in the comfortable Tesla seat and sipped my coffee before it got entirely undrinkable. I looked at my auntie next to me and smiled at her intrigued to know which would be our next adventure.