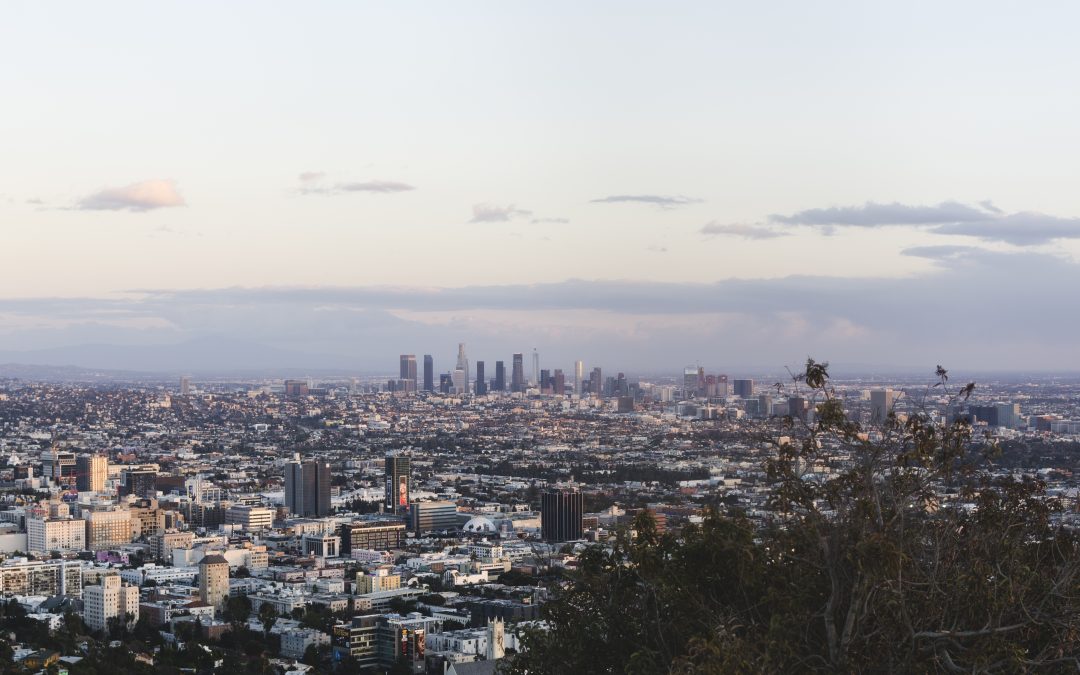 Anyone who has been in L.A. will say it’s a special city, beautiful in a unique way, but noone would like to live in it; be a part of it. Then why do I go against all odds and everyone’s opinion?

The first time I visited the city of angels, I didn’t fall madly in love with it, but I liked it enough to get to the conclusion that I could live in it. Now, six years later, I’ve been living in L.A. for a solid two years and half going towards the third year. Now, six years later, the slightest thought about moving out of L.A. to another city for a job or even worse, leaving the country due to visa issues makes me want to crawl into bed and cry until I’ve run out of tears and not even then I would get up from my protective and comforting bed. Now, six years later I consider L.A. my home even though so far I’ve only lived here for two years and a half and I’ve lived in Buenos Aires all my previous twenty-three years – I’m almost twenty-seven now.

L.A. is my home for the simple reason of having my firsts real important experiences that allowed me to be myself. I fell in love and got my heart broken for the first time, I dated seriously for the first time and managed to have my first and longest relationship ever sharing a level of intimacy I’ve never experienced before and found a job I loved and enjoyed so much I looked forward to going to work every day as well as finding coworkers who respected me and valued me for who I was. L.A. is a city that made me brave enough to dyed my hair for the first time, after wanting it for so many years. It’s the city where I got my first tattoo, well, actually, my first two tattoos in one scratch and nonetheless from the same tattoo artist that tattooed the main cast of Pretty Little Liars, David Beckham, amongst others.

This is how the city works: eventually, you cross paths or start meeting people in the entertainment industry and at the beginning it’s thrilling or whenever someone tells you they know or work with the cast and crew of such and such TV show or film, there’s a shock of adrenaline running through your veins and in your mind you’re already trying to figure out a way for them to introduce them to you. But after a while – it doesn’t get old, trust me – you realize this is your life. One day, I’m scrolling down my contacts searching for someone to call and that’s when it hits me: my entire contact list is based on producers, writers, directors, actors, editors. Knowing the right people, you find yourself dressing formally for a premiere in which you end up casually crossing paths with Emma Stone and Rachel Weisz or you’re given the opportunity to visit several TV sets to shadow cast and crew and you end up memorizing where each lot is in the Warner Brothers Studio and getting all the free coffee you want because you’re part of the crew. This is L.A. It’s a city that makes you feel important and desired for your work and dreams even if you’re struggling to find a stable job. There’s a reason why this incredible city is also known as the city of broken dreams.

There’s something magical about leaving a bar on Hollywood Blvd at two am and walk down the Walk of Fame with all the palm trees illuminated. Yes, the Walk of Fame is definitely not as glamorous place, especially during the day which shows what a broken city this is and even maybe show the broken dreams of many alongside the accomplish dreams of just a couple of lucky ones. This is just a tourist place by day. But by night, the air is different. It breathes of dreams, hope and illusion. After almost three years of leaving here, there’s still a feeling of not being able to believe this is my life now. This is my city. My home. Or maybe it’s just the effect of alcohol. But there’s definitely something there. The path formed of palm trees leading to the Hollywood sign. Yes, there’s nothing special about it and nothing magnificent like the Eiffel Tower, but still, there’s something breathtaking every time I see it riding the Metro on my way to Downtown. Hollywood is my home now. There’s a feeling of accomplishment inside my chest.

Hollywood. Watching films and TV shows, I recognize every single spot in the city they filmed in and it’s not just the touristy parts, but the random streets or a specific corner Downtown or Beverly Hills or Downtown Pasadena or even Burbank I passed by going to class, work or just hanging out with friends. I’m even able to recognize the studio sets they filmed in. After all this time, recognizing all those random spots still gives me a warm feeling in my body and a sense of belonging.

I belong here. Every time I go to a concert whether it’s at the Hollywood Bowl, the Banc of California Stadium or a small theater in Downtown like the Belasco Theater, every time the band or the group I’m there to see tells the crowd how lucky they are to be performing in L.A. and the crowd goes crazy, I go crazy as well. I’m one more amongst the crowd. I’m one of them. L.A. is my home now.

I’m adventurous but I never felt I could be adventurous back in Buenos Aires or feel free to do something just for fun. In L.A., I found myself going to fancy rooftop bars, expensive restaurants with dress codes to get in, gay bars, burlesques – places I couldn’t afford before, and I still can’t, but that were okay to go to now and I wasn’t judged by it. But not everything was fancy and expensive. I also went to bar arcades and a Tim Burton bar. Even my palate got adventurous as well. Even though L.A.’s a city that’s Mexican culture based, not only did I expanded my Mexican palate but also my cultural palate. The variety of worldwide restaurants this city offers, and really good ones, makes any food fanatic crazy – Thai, Chinese, Indian, Greek and even American with the best fast-food chain, yes, the one and only In-N-Out. And alongside the adventurous food came the adventurous exercise, but this time I did it because I wanted to, like never before, and realized how good it was for my body. Contrary to Buenos Aires where everyone just trains to have the best and hotter body. My adventurous exercise took my cycling every morning to Malibu’s Pier riding on the gorgeous Pacific Coast Highway feeling the fresh ocean breeze on my face and competing with the dolphins that swam next to me seeing who got there first (there’s no doubt about who wins every time). A couple more weeks of training and I’ll be able to get to Point Dume. My adventurous exercise also took me hiking the Will Rogers State Park or the Temescal Canyon Park trying to cross paths with a mountain cat or carefully avoiding stepping onto more than one snake. It took me running every morning at five in the morning at the Palisades Park crossing paths with sneaking coyotes or raccoon thieves or the Ocean Front Walk, even though I didn’t do any walking, or going up and down the famous Santa Monica stairs on Adelaide Dr.

I found my community. People rushing to work first thing in the morning with their much-needed coffee cup in hand whether it’s from Starbucks or a local coffee shop and it’s never the smallest cup. And don’t even mention entering any coffee shop at any moment of day and seeing at least two people working non-stop on their computers and leaning in, you realize their working on a story, fiction or screenplay. It never fails. I found my community in wine country. I found myself ordering a glass of really good wine every time I go out for a meal, especially during dinner. People take wine seriously here and one would be surprise to find out how many of them know at least the basic knowledge of wine. I found friends, genuine friends that weren’t trying to be something they are not and let me be who I am. Friends that were in my shoes and understood me completely, from head to toe. I also found family, an auntie more particularly, with whom I could be myself and trust blindly. An auntie to whom I escape to when things get difficult; she just waits for me with open arms no questions asked. No judgments. That’s LA – no judgments. A city where you can be yourself and everybody accepts it. No questions asked. In fact, the crazier and unique you are, the better. It’s a city where you need to be original and create or recreate yourself. It’s a city for artists. Any kind of artists.

This is the city that made me realize I’m not just a writer, but a storyteller and showed me there’s not just one way of telling or being part of a story and I learned to love and enjoy each one of them. Yes, I love to write and my passion for language and words is what I want to keep on doing, but as long as I can tell stories, no matter the format or my role in it, I will continue on doing it. Whether it’s as a writer, an editor, a script consultant, a scripty, I will keep telling stories.

And I’m not the only one: